Knock, Knock Who’s There? 69 Best Dark Humor Jokes To Cheer Up Your Mood

Nothing can beat the laughter you get after someone cracks up a hilarious joke. Whether sitting in a group of friends or texting in a group chat, jokes are essential in any conversation. Although a bit of laughter doesn’t hurt anyone, right? However, if you are looking for dark humor jokes to crack up on your friends and family, you are at the right place. 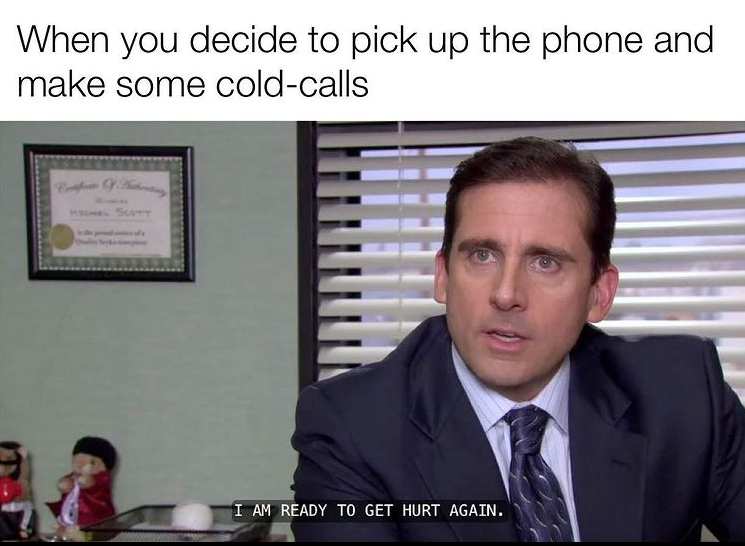 However, not every joke is safe to say around your co-workers or in-laws; these humor jokes are best for your closest friends and family. If you are looking for jokes to crack with your friends at your next get-together, then we are sure you’ll love these jokes we gathered for you.

1. I just got my doctor’s test results and am upset about it. Turns out, I’m not gonna be a doctor.

2. My grief counsellor died. He was so good; I didn’t even care.

3. Today, I asked my phone, “Siri, why am I still single?” and it activated the front camera.

4. A man wakes from a coma. His wife changes from her black clothes and remarks, “I really cannot depend on you in anything, can I!”

5. As I get older, I remember all the people I lost along the way. Maybe my budding career as a tour guide was not the right choice.

READ MORE: How To Sign Someone Up for Spam Calls

6. I dug in our garden and found a chest of gold coins. I wanted to run straight home to tell my wife about it. Then I remembered why I was digging in our garden.

7. The doctor gave me some cream for my skin rash. He said I was a sight for psoriasis.

8. Don’t challenge Death to a pillow fight unless you’re prepared for the reaper cushions.

9. I don’t have a carbon footprint. I just drive everywhere.

10. Even people who are good for nothing can bring a smile to your face, like when you push them down the stairs. 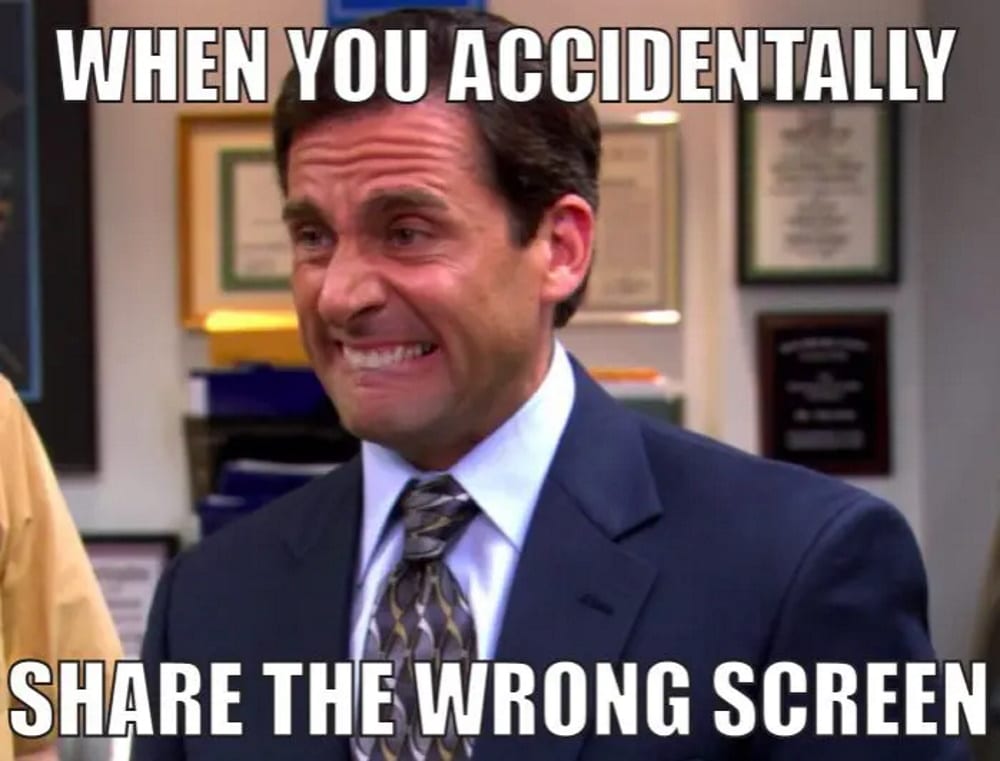 11. A man walks into an enchanted forest and tries to cut down a talking tree. “You can’t cut me down,” the tree exclaims, “I’m a talking tree!” The man responds, “You may be a talking tree, but you will dialogue.”

12. My mom died when we couldn’t remember her blood type. As she died, she kept telling us to “be positive,” but it’s hard without her.

13. What does my dad have in common with Nemo? They both can’t be found.

14. I visited my new friend in his apartment. He told me to make myself at home. So I threw him out. I hate having visitors.

15. When my Uncle Frank died, he wanted his cremations buried in his favorite beer mug. His last wish was, to be Frank in Stein.

16. Do you know the phrase “One man’s trash is another man’s treasure”? Excellent saying; a horrible way to find out that you were adopted.

17. My husband left a note on the fridge that said, “This isn’t working.” I’m not sure what he’s talking about. I opened the fridge door, and it’s working fine!

18. Why did the man miss the funeral? He wasn’t a mourning person.

19. It’s essential to establish a good vocabulary. If I had known the difference between the words “antidote” and “anecdote,” one of my best friends would still be alive.

20. Want to know how you make any salad into a caesar salad? Stab it twenty-three times.

21. When I see the names of lovers engraved on a tree, I don’t find it cute or romantic. I find it weird how many people take knives with them on outings.

23. My wife is mad that I have no sense of direction. So I packed up my stuff and right.

24. When does a joke become a dad joke? When it leaves you and never comes back.

25. A priest asks the convicted murderer in the electric chair, “Do you have any last requests?” “Yes,” replies the murderer. “Can you please hold my hand?”

26. I just read that someone in New York gets stabbed every 52 seconds. Poor guy.

27. The doctor gave me one year to live, so I shot him with my gun. The judge gave me 15 years. Problem solved.

28. You know you’re not liked when you get handed the camera every time they take a group photo.

29. Where did Joe go after getting lost in a minefield? Everywhere. 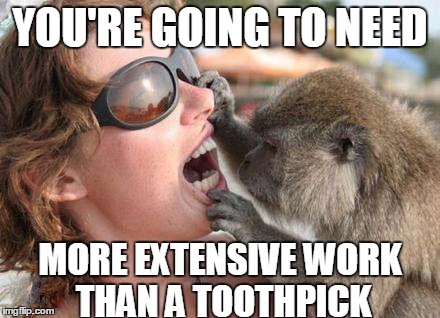 31. My grandfather said my generation relies too much on the latest technology. So I unplugged his life support.

32. My parents raised me as an only child, which pissed off my sister.

33. What did the Titanic say as it sank? I’m nominating all passengers for the Ice Bucket Challenge!

34. Why did Mozart kill all of his chickens? When he asked them who the best composer was, they all replied, “Bach, Bach, Bach.”

35. How many emo kids does it take to screw in a lightbulb? None, they all sit in the dark and cry.

READ MORE: How To Sign Someone Up for Spam Phone Calls

36. I have a stepladder because my real ladder left when I was 5.

37. They laughed at my crayon drawing. I laughed at their chalk outline.

38. My husband and I have decided we do not want children. If anybody does, please just send me your contact details, and we can drop them off tomorrow.

39. I have many jokes about unemployed people; sadly, none of them work.

40. The most corrupt CEOs are the ones who run pretzel companies. They’re always so twisted. 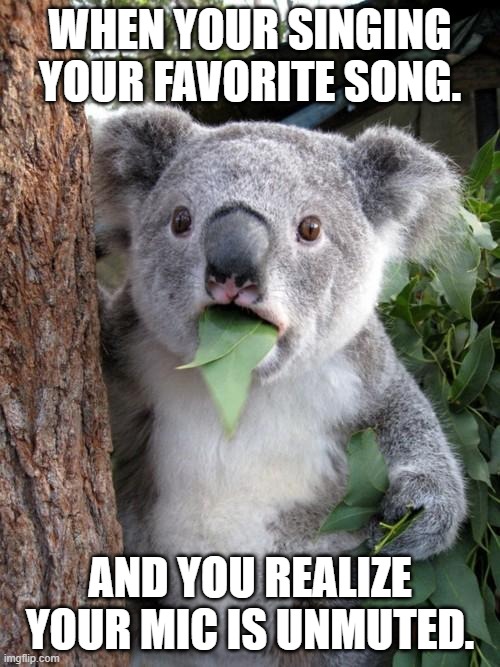 41. To teach kids about democracy, I let them vote on dinner. They picked tacos. Then I made pizza because they don’t live in a swing state.

42. I was reading a great book about an immortal cat the other day. It was impossible to put down.

43. You’re not completely useless. You can always be used as a bad example.

44. I threw a boomerang a few years ago. I now live in constant fear.

46. I made a website for orphans. It doesn’t have a home page.

47. The other day, my girlfriend asked me to pass her lipstick but I accidentally passed her a glue stick. She still isn’t talking to me.

48. Why can’t Michael Jackson go within 500 meters of a school? Because he’s dead.

50. A new study recently found that humans eat more bananas than monkeys. But I can’t remember the last time I ate a monkey.

51. Never break someone’s heart; they only have one of those. Break their bones instead; they have 206 of them.

53. When ordering food at a new restaurant, my wife asked the waiter what they do to prepare their chicken.“Nothing special,” he explained. “We just tell them they’re going to die.”

54. What is the difference between Iron man and Iron Woman? One is a superhero, and the other is a simple command.

55. I’ll never forget my Grandfather’s last words to me just before he died. “Are you still holding the ladder?”

56. Sorry, what’s the quickest way to get to the hospital? Easy, just stand in the middle of a busy road.

57. Why don’t cannibals eat clowns? Because they taste funny.

58. What’s the most challenging part of a vegetable to eat? The wheelchair.

59. What’s the difference between jelly and jam? You can’t jelly a clown into the tiny car.

60. My grandma has the heart of a lion and a lifetime ban from the zoo. 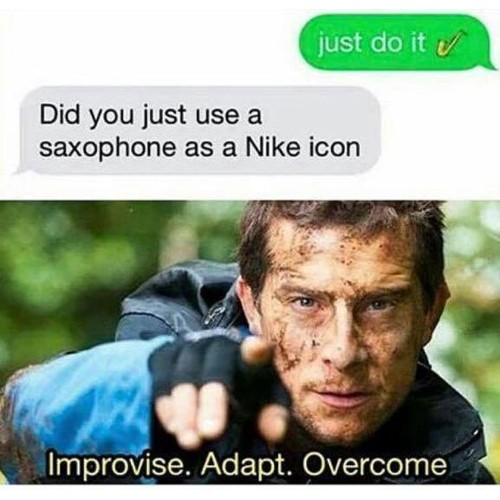 61. What do you call inexpensive circumcision? A rip-off.

62. What did the woman with no hands get for Christmas? No idea. She hasn’t opened her present yet.

64. What’s the difference between a baby and a sweet potato? About 140 calories.

66. Today was the worst day of my life. My ex got hit by a school bus, and I lost my job as a bus driver.

67. Why was the leper hockey game canceled? It was because of a face-off in the corner.

68. They say the surest way to a man’s heart is through the stomach. But, I find going through the ribcage a lot easier.

69. What’s the last thing to go through a fly’s head as it hits the windshield of a car going 80 mph? Its butt.

We hope you enjoyed these jokes as much as we did. Indeed they are worth the shot, do let us know how your friends and family reacted to these jokes.

How Much Disney Plus Costs?